Duchess of Cambridge Opts for Brown on St. Patrick’s Day!

The Duke and Duchess of Cambridge were all smiles yesterday as they joined the 1st Battalion Irish Guards for their annual St. Patrick’s Day parade at Mons Barracks in Aldershot, England. 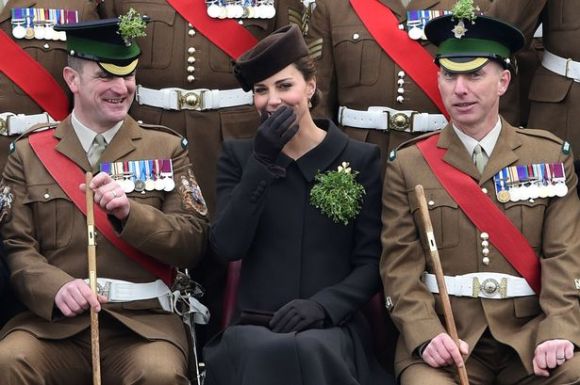 The Duchess also presented the regimental mascot Domhnall, an Irish Wolfhound, with his very own shamrock. 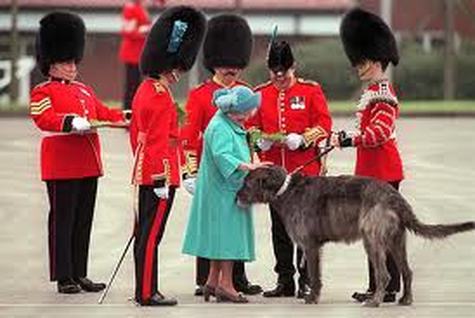 For the first time since her wedding, the Duchess of Cambridge donned a tiara at tonight’s Diplomatic Reception at Buckingham Palace. Senior royals including the Queen and Prince Charles were on hand along with the Cambridges to greet representatives from 172 foreign missions currently accredited to the Court of St. James’s in London.

The Queen loaned the tiara to the Duchess for the state occasion; the Papyrus Tiara was once owned by the Queen Mother and most recently by the Queen’s sister, Princess Margaret. 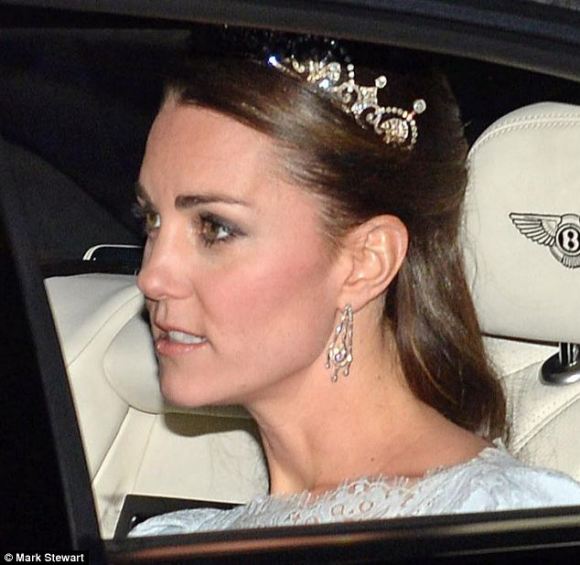 Too bad no official photos were released from the event but rumors are that the Duchess is wearing one of her favorite brands, Alexander McQueen. 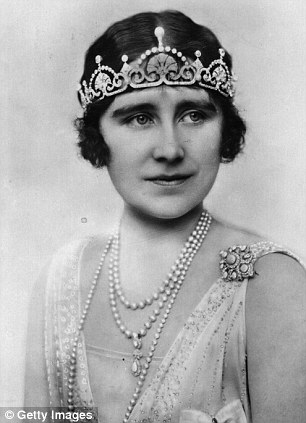 The Queen Mother wearing the tiara in 1930 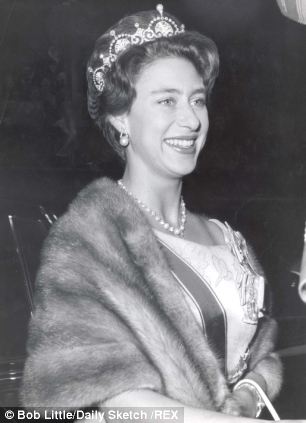 The Duchess of Cornwall looked as regal as ever at the Commonwealth Heads of Government banquet last night in Sri Lanka. The Queen loaned her mother’s beautiful honeycomb-patterned Boucheron tiara to the Duchess to mark the first time the Prince of Wales and the Duchess hosted the bi-annual event. 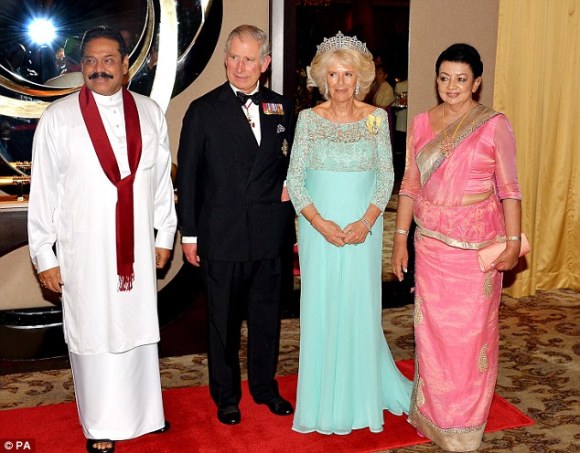 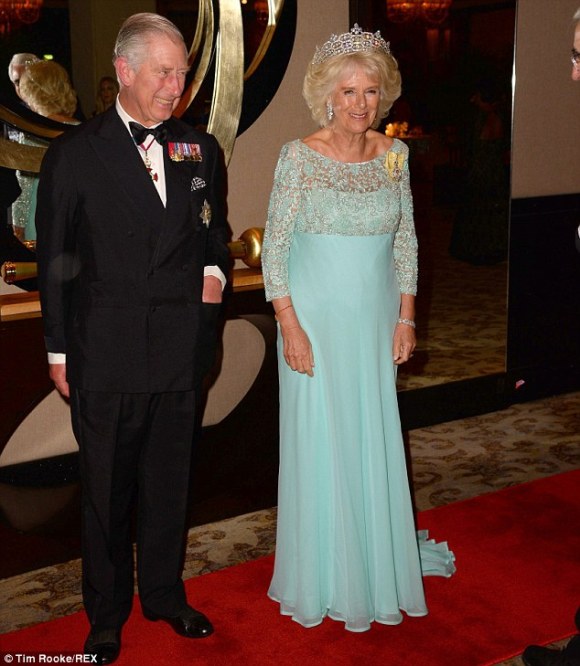 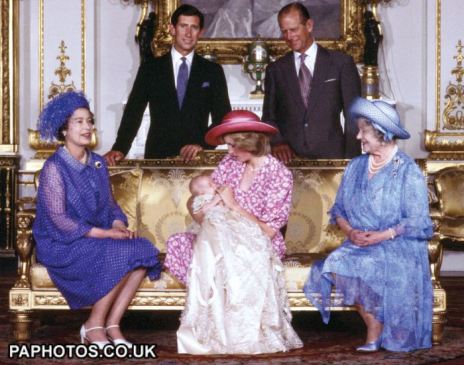 August 4, 1982: Prince William was christened by the Archbishop of Canterbury, Dr. Robert Runcie, in the Music Room at Buckingham Palace. It was on this day that Prince William’s impressive godparents were revealed: the former King Constantine of Greece, Princess Alexandra, the Honourable Lady Ogilvy, the Duchess of Westminster, Lady Susan Hussey, Lord Romsey, and Sir Laurens van der Post. Prince William had to share the spotlight with his great-grandmother, the Queen Mother, as his baptism was also on her 82nd birthday. Princess Margaret stirred up some family drama when she would not interrupt her trip to Italy to attend the event stating, “The christening of your nephew’s child isn’t the most important occasion of the year.” Her husband, Lord Snowden, stayed behind and took the official portraits marking the occasion.