Attending as the honorary president of the film academy, Prince William walked the red carpet at yesterday evening’s BAFTA awards. He presented an award to Dame Helen Mirren, who has portrayed his grandmother in film as well as on stage, and even joked that he should probably call her “granny”. 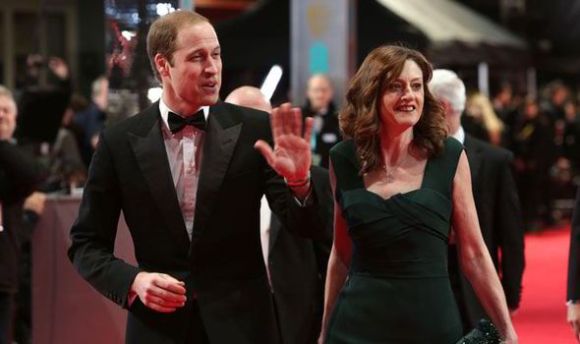 The Prince got a high five from musician, Tinie Tempah, during his opening performance!

The Queen and Duchess of Cambridge Host RADA Gala 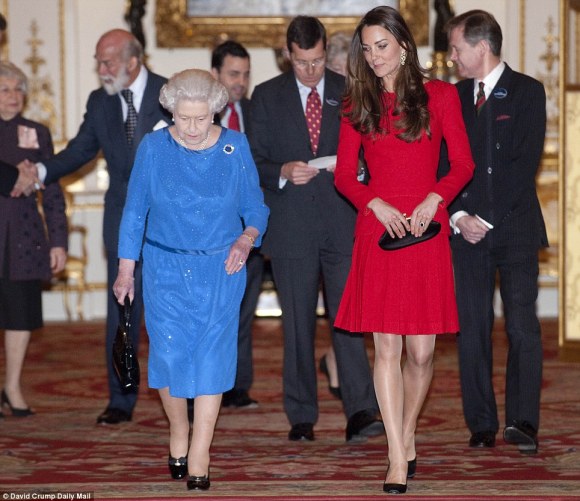 The Queen and the Duchess of Cambridge welcomed the stars to Buckingham Palace tonight as they hosted a gala for the Royal Academy of Dramatic Art (RADA). Wearing blue and red, the two royals were looking quite regal. Check out the photos below! [E! News] [Daily Mail]

Dame Helen Mirren recounting to the Duchess that her husband, Prince William, called her “granny” at the BAFTA’s the night prior 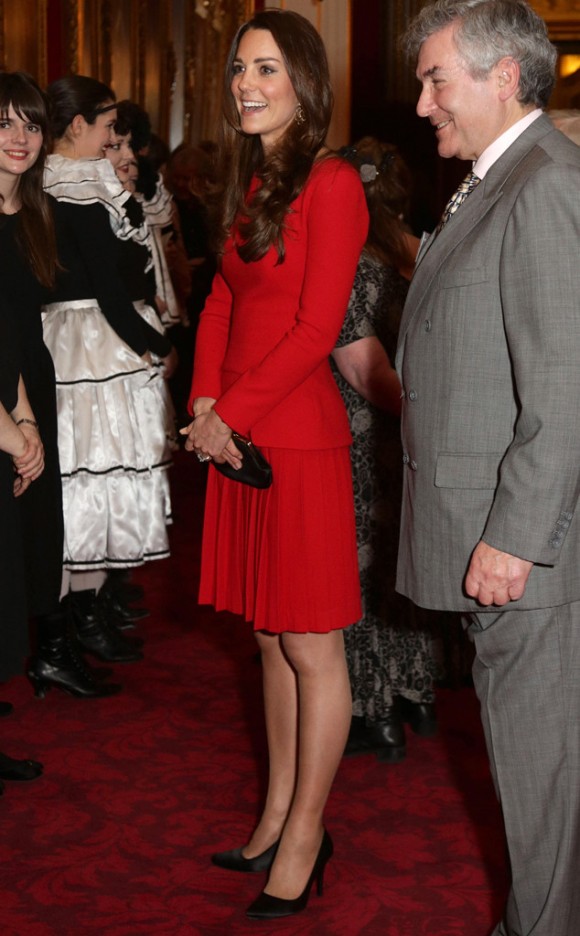