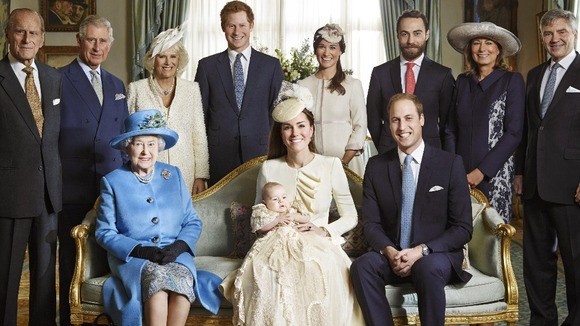 One big happy family? Not so says Sebastian Shakespeare today in the Daily Mail….

“At the heart of the heir-to-the-throne’s frustrations is the so-called ‘Middletonisation’ of his son William’s life — specifically the inordinate amount of time he spends with his in-laws Michael and Carole, with whom he recently holidayed in Mustique for Carole’s 60th.

In fact, so vexed is Charles about the so-called ‘March of the Middletons’ that he has complained to friends: ‘They never let me see my grandson.’

Adds a source: ‘Carole has rather taken over, dictating when George naps, when and what he eats. All in all, behaving like she’s Queen Carole.’”