Pippa and NBC Negotiations Come to a Halt 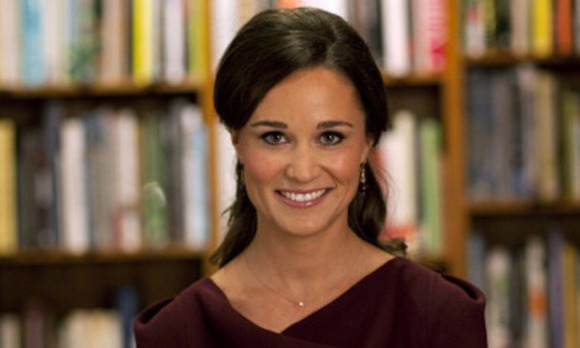 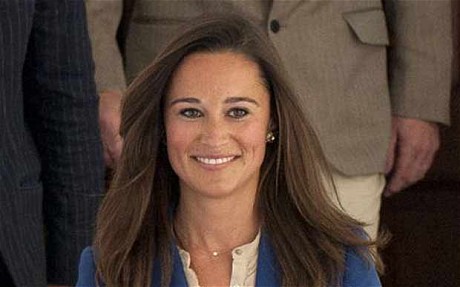 Pippa Middleton may not be touring Australia and New Zealand with her sister, brother-in-law, and nephew, but she just returned from a 3-day holiday in India. According to E! News, the Times of India reported that Pippa stayed at the Leela Palace hotel in Udaipur and specifically requested cooking lessons from the resort’s chefs. Maybe her trip will be the topic of her next foodie article!

Pippa Middleton – Out and About in Chelsea Today

Kate and Pippa Ring in the New Year Early

The Middleton sisters were spotted at a friend’s laid-back New Year’s celebration Monday afternoon in Berkshire according to PEOPLE.

The eyewitness says the new mom, 31, who gave birth to son George in July, ‘has really got her figure back. If anything she actually looks better now than before she had Prince George.’

While George and his dad, Prince William, weren’t spotted at the party, Kate clearly enjoyed herself.

‘The thing that really strikes you is that she is just so normal and smiley,’ the partygoer said. ‘There are no lights on Kate here, so she can be totally relaxed and herself.’

‘I came away from the party thinking, ‘She looks really happy.’ Kate really is glowing and full of life.‘ ”

Despite numerous reports to the contrary, People reports that Pippa Middleton and Nico Jackson are NOT engaged. Rumors have been swirling for quite some time and have heated up recently after the couple returned from a trip to India. ….and the wait continues!

Morrissey Slams Royals and Middletons in Most Recent Blog Post

The former frontman for the Smiths, Morrissey, has yet again slammed the Royal family and also took a shot at Pippa Middleton in his blog over the weekend. As reported by E! News, he wrote:

“Similarly, on October 5, the Daily Mail newspaper gave us all an ‘amusing’ report of thickwit Pippa Middleton laughing as she stood over 50 birds shot dead by her friends and herself after a ‘busy day’s shooting…

“We are reminded by the Daily Mail that Middleton is a ‘socialite’, which tells us that she is privileged and can more-or-less kill whatever she likes—and, therefore she does. The sick face of modern Britain, Pippa Middleton will kill deer, boar, birds—any animal struggling to live, or that gets in her socialite way.

“This is because her sister is, of course, Kate, who herself became ‘royal’ simply by answering the telephone at the right time, and this association allows Pippa’s kill, kill, kill mentality to be smilingly endorsed by the British print media, to which only the mentally deficient could join in with the laughter.”

And he went on to say:

“Speech is a question of rhythm, and even this the Queen has failed to master in her very lengthy lifetime of being unable to address a nation without auto-cue. Is she incapable of speaking directly from the heart? That the future of the monarchy rests on the natural idiocy of Harry, zombified William and airhead Kate, is quite frightening. We, the British public, are trapped.”