Princess Eugenie looked less than enthused at a New York Knicks game on Saturday sitting next to the actress Michelle  Trachtenberg. The 23-year-old royal began a job at an online auction house in Manhattan three months ago and is said to be living in the Meatpacking District. She is said to be keen on continuing her relationship with boyfriend, Jack Brooksbank, of about three and a half years. He remains in London but recently paid the young royal a visit in October. 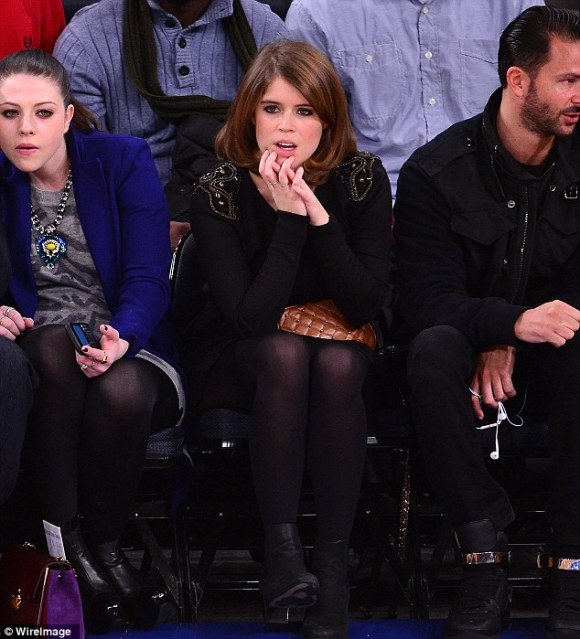 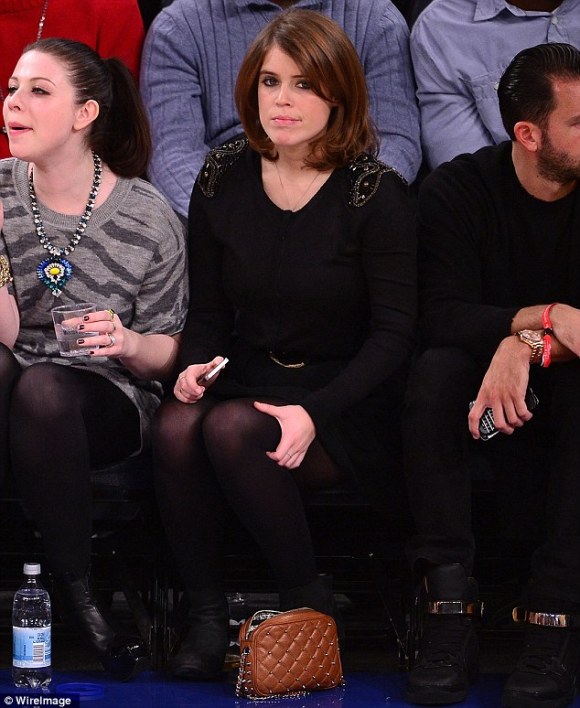 Princess Eugenie and Jack Brooksbank in 2012