The Duchess of Cambridge made her first solo appearance yesterday since giving birth. She attended a SportsAid athlete workshop as patron of the charity. Even though she was dressed in less than sporty attire- skinny jeans, a blazer, and her favorite Stuart Weitzman wedges- she was a good sport about hitting the volleyball court. However, according to The Telegraph, she politely declined to participate in fencing, saying that she “brought the wrong shoes”. 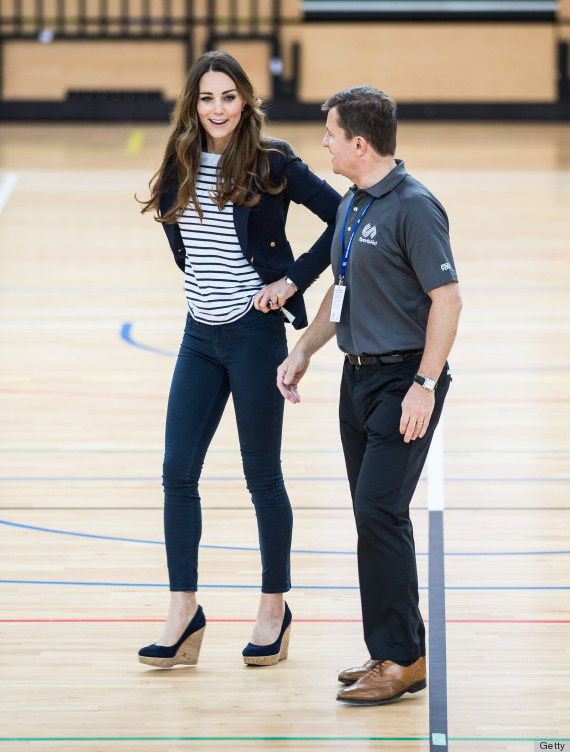